A conversation with City & State Editor Anna Pogarcic and OC Report Senior Writer Lauren Talley about working on the OC Report and their desire to serve the Orange County community outside of the university. 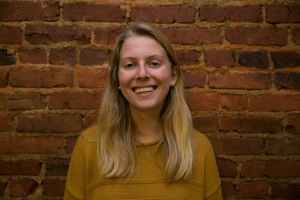 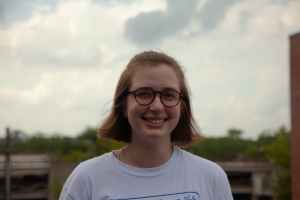 What has been your favorite part of creating the OC Report?

Our favorite part by far has been the community response. We remember being so confused about why residents felt they didn’t have a local newspaper, but then we realized it’s because we weren’t doing enough on our end to promote our content and be seen. So we launched the newsletter, started live tweeting every single meeting we can get someone to and going to community events when possible because we want residents to know that we’re here to serve them. Although we’re still working to grow, the letters, emails and tweets we’ve received so far have made it all worth it.

What have you learned about the Orange County community during this process?

I think we’ve learned a lot about the extension of community beyond UNC and even beyond Chapel Hill and Carrboro. As UNC students it’s all too easy to forget that there’s a whole community apart from the University, and even when you become conscientious of that, you have to push yourself to remember that there’s a lot more to Orange County than the Town of Chapel Hill.  Through the OC Report, we’ve begun to cover things that might not directly impact students but has broader implications for long-term residents of the town or county.

The OC Report project aims to reflect the whole community and to meet readers where they are, whether that’s in print, email, online or in person. How does that goal force you to think differently as editors and writers?

We have to think about the best way to package information. Obviously, you have more space to work with online than you do in print, and having physical conversations with people is always easier than communicating electronically. This is why we try to have all the individual components of our projects complement each other — going out into the community and interacting with residents helps us build a presence and a foundation for our reporting that we can then translate to our online and print coverage. The online newsletter is meant to tell you the big news you need to know that week, and the print spread is meant to complement that by highlighting the feature and column, emphasizing the focus on community.

What does it mean to reflect the whole community? How can OC Report give voice to groups that historically have been marginalized in mainstream news coverage?

As much as the DTH prides itself on being student-run, that even comes with its own drawbacks as we also try to be a community news sources because we don’t necessarily reflect the actual community in terms of age, gender and race. But what matters is that we try to put ourselves out there by going to events and community meetings so we can try to understand what issues people care about and interpret them.

I think the biggest way we try to do that is by letting members of these groups speak for themselves through our weekly community column, the OC Voice. We try to reach out each week to different groups and people who we feel may not always necessarily get a story written about them, and explain to them that this column is meant to be a space just for them to get their message across in their own words. Accepting these submissions also in turn exposes us as editors to new story ideas and sources that we can then use to make our reporting more reflective of the community.

SCOTUS to rule on workplace LGBTQ+ discrimination, but where does North Carolina stand?

Tell me about some of the coverage you have planned for this year?

What we’ve been working hard on and are most excited about is our municipal election coverage this year. We are creating a video series to be released during early voting explaining where each of the candidates stand on major issues. We solicited questions from community groups like NEXT Fwd and the Chapel Hill-Carrboro NAACP and asked the same five to seven questions to each of the candidates so readers can compare their answers side by side. We’re doing this project in the fall with the Chapel Hill-Carrboro school district, Chapel Hill Town Council and mayor and the Carrboro Board of Aldermen races, and we hope to do it again in the spring with the Board of Orange County Commissioners.

Your local guide to the 2019 Chapel Hill-Carrboro elections

At the end of this year, if it has gone well, what will you have accomplished?

Our major focus this year is growing and becoming a first choice for local coverage. We want to increase the number of people who subscribe to our weekly newsletter, and we would love to see people submitting columns to us regularly instead of us having to seek them out. We launched a print spread recently, but we hope that one day the OC Report can be its own insert in the paper.

The OC Report is a weekly newsletter that is released on Mondays. Click here to subscribe and learn about what is happening throughout the Orange County Community.