Chief among them: the sports travel budget to send photographers and sports writers to away games, which will cost $8,000 this year (if we catch a break on NCAA tournament venues), and updated equipment for our photo and video teams.

Today, former photo editor Emma Patti Harris º09 writes about how DTH sports travel prepared her for her career as deputy director of visuals for The Baltimore Sun. Read previous posts from Jonathan Jones and Michael Lananna. 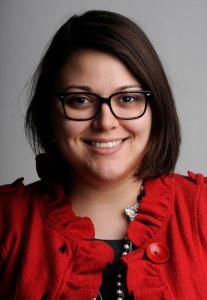 During the spring 2009 men¹s basketball season, I was given the opportunity to travel to Detroit to photograph the Final Four.

It was an exciting and nerve-racking experience knowing that not only as a fan, there was a chance UNC could win the national championship, but as a photographer, my images would be used in materials distributed around the campus.

When UNC won the National Championship, all of the training from the J-School and knowledge from my time at the DTH kicked in. I was able to work alongside the professional photographers vying for the best shot and get a photo that would adorn the championship edition.

Seeing that double-truck image on the cover, it being distributed all over campus in the hands of my friends, colleagues, and the community, was one of my proudest moments from my time in college.

The entire experience gave me a taste of what it was truly like to work as a professional sports photographer. When you’re in that kind of situation, you have to adapt to new surroundings and work on the fly to do the job you were sent there to do. It is not something I would have had the chance to learn outside of my time at the DTH.

Now, as the Deputy Director of Visuals for The Baltimore Sun, I still take cues from that experience when I am in the community, shooting photos or video and am able to coach my staff based on what I’ve learned.

Emma Patti Harris was photo editor in 2008-09. She is married to fellow DTH photographer, Anthony Harris. She’s best known at the DTH for her coverage of the 2009 Final Four and the 2008 death of Student Body President Eve Carson.